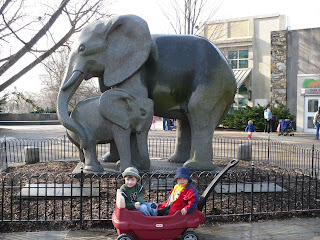 For the last couple of days it has been over 60 degrees outside and sunny which is unheard of in Philadelphia in January. So yesterday I took the boys to the zoo. They have been begging to go and it was so beautiful outside I coudn't resist! Plus, John got me a new camera for our anniversary so I had a chance to test it out. There were so many people at the zoo you would have thought it was spring. 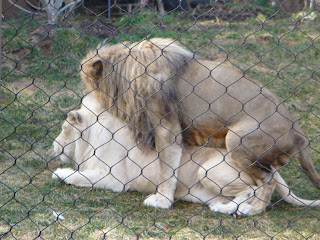 Apparently the lions thought it was spring too! 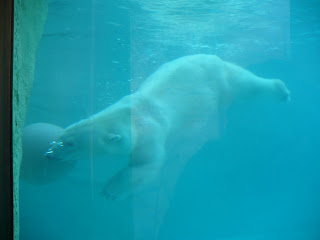 The polar bear was out swimming in his pool. 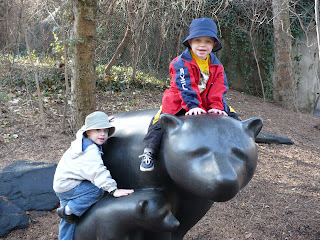 I got a little camera happy... just a few more. 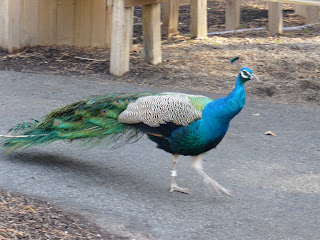 We had a great time but the boys were wiped out! 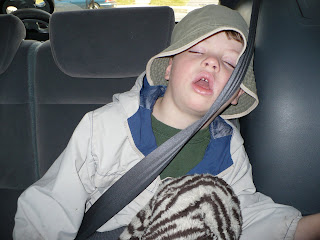 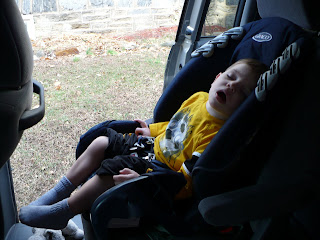 Why is it that kids always seem to fall asleep with their mouth wide open? Great lion picture, did the boys ever see that in the Lion King? What a flashback seeing all those familiar statues from the Philly zoo. I always remember going to see the polar bear and then going to the downstairs when he was swimming, looks like fun!

We took Sam to see the Lion King. He loved it!