energy or the lack thereof

I am exhausted- all the time.  Admittedly, I don't get a whole lot of sleep.  Between John's pager, Matthew waking up once a night (at least) and my older boys always finding a reason to wake up in the middle of the night (nightmare, drink of water, go potty, you name it) I feel like my life has devolved into a bad sitcom.  You know, the familiar scene where as soon as the mom lays down on her nice, warm, comfortable bed and lets out a sigh of relief, a kid bursts in the room or the baby starts to cry.  I honestly sometimes wonder where they are hiding the camera.
I know my struggles and exhaustion are on par with any other mom of young children so I try not to complain too much.  It does not stop me from wondering if it would be worth the hassle of fighting my insurance company just so I can check myself into the hospital for a good night's sleep!  (Is complete exhaustion still recognized as a medical condition or would the doctor just laugh in my face?)  The beeping monitors and hourly check-up by a nurse would be more restful than trying to sleep with my five year old cutting off the circulation in my arm.
Those of you with grown children are shaking your heads at me and murmuring the platitudes I have heard so many times:
"Enjoy it while it lasts.  It goes by so quickly"
"Just wait till they are older and your real problems begin"
"Better a sleepless night rocking a baby than a sleepless night waiting for your kids to come home."

Enough already!  I get it!  However, I don't think you remember exactly how debilitating it was surviving on interrupted sleep when YOUR kids were little.  Well, let me remind you.
Most days I can barely remember my own name, let alone my three kids' names.  I lose words all the time.  I will be mid sentence and completely forget the word I was going to say.  It feels most days like there is a wall inside my head and coherent thought is just on the other side.  On the rare occasion that I can sit down for more than two minutes at a time I fall asleep.  More than once I have driven across town without remembering how I got there.  I have absolutely no ability to make small talk when in social situations; partially because I am too tired to think and partially because I am relishing the silence.
So being tired may not be the best excuse for the messy house, the inability to get ANYTHING done on time, my shoddy grooming, my lack of patience with the kids, my spotty blog attempts and my desire to stay home all the time instead of trying to be pleasant and sociable around other grown-ups- but for now, that's all I've got.

(Disclaimer 1:  This is not to discourage first time parents-to-be!  This is a state that you usually only reach one you have multiple children in the house.)

(Disclaimer 2:  This is also not meant to be offensive.  This is meant to be funny.  I just thought I would let you all know that in case the humor doesn't translate as well in my dillusional/exhausted state.)

(Disclaimer 3:  All typos are to be blamed on sleep deprevation!)
Posted by yamsey at 9:58 PM 4 comments: 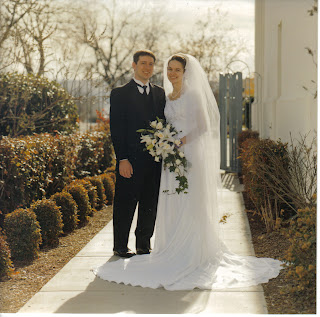 John and I got married when I was twenty - in the middle of my junior year of college.  Most people would tell you twenty is far too young to get married and they would probably be right.  In many ways I was far too young and completely unrprepared for it.  However, I think there is something to be said for getting married when you are young enough that you are still growing into who you want to be.  After all, don't the experts say that growing together is one of the things that helps to strengthen a marriage?

I met John at a swing dance club in Philadelphia during Thanksgiving weekend of my sophmore year.  A friend from home, Hollie, had flown out for the long weekend and I was showing her around town.  We met up on Saturday with my friend, Tiffany (from UPenn), to go dancing that night.  Tiff invited John.  He seemed nice enough but was horrible at swing dance and I initially wrote him off as a dumb jock (which is hilarious if you actually know him because he is one of the smartest people I know!).  Anyway, it was not until he offered the three of us a ride back to Tiffany's and we walked out to see his brand new, very red, Mustang convertible that it occurred to me that ,maybe I should ask him a few more questions.  He still tells people that I married him for that car (which is only partially true! LOL! ).  When I saw the car I turned around and looked at him again, 'Wait a minute, what do you do?"  I asked.  He laughed a little and then told me he was a family practice resident.  Once I picked my jaw up off the ground we started chatting, realized we had a lot in common and really didn't stop talking until he had dropped us off at Tiffany's.  Now I knew he was smart AND a nice guy but I really wasn't interested in any sort of relationship with him or anyone else at that point.
You see, I had a plan.  College was my time to meet lots of people and have lots of new experiences.  I wanted to be foot loose and fancy free.  Then, once I had graduated and found a job or gotten a solid start on graduate school, I could worry about things like a serious relationship.  (Ok, you can stop laughing now!)
I hung out with John once or twice more, with friends, and then I went home for winter break.  We emailed a little bit back and forth over break.  He even offered to pick me up from the airport when I got back to Philly but that seemed too relationshippy to me so I declined.
My first night back John called and offered to take me out to dinner. I thought it would be fun to see him, get off campus and avoid dining hall food (not that it was bad, per say, but still) however I was a little unnerved by his enthusiasm. (Shouldn't he give me a day or two to get settled before he calls?)
The night of the date came.  I sent all my hallmates off to dinner and then waited for John to show up.  I waited.  And waited.  And waited...  Two and a half hours later, he had the nerve to show up!  He was doing a rotation at a hospital in South Philly at the time and had gotten held up, you know, saving lives.  I gave him a hard time about not calling when he realized he was going to be late (as my family will attest I am not the most cheerful person when I am hungry) but, since I was starving and the dining halls were now closed, I went out with him.  Things must have gone well because before the date was even over I invited him to go out swing dancing with me and some friends.  He agreed quite cheerfully.  Inwardly I was thinking, "This guy is a glutton for punishment" seeing as how the first time the dancing aspect hadn't gone so well.

Anyway, to make a long story short-ish, we finally went out dancing again.  When we hit the floor I started leading but John stopped me, "Aren't I supposed to lead?" he asked.  I laughed and said, "Go ahead."  And he did!  While I had been home for winter break, John had been spending his free time learning how to dance just so he could impress me.
So while John will tell you that I married him for his car, he is really just too shy to tell you that I married him because he took the time to learn about something that I loved to do just so he could see me smile. That is one of the things that makes our marriage so great.  I love music he loves sports.  I prefer hot climates and he likes the cold.  But as different as we may be, I will read finance books while he reads home decorating books (a recent example) so that we can appreciate and intelligently discuss each other's interests.  And while our marriage isn't always perfect (show me one that is!) we learn a lot from each other and enjoy our differences as well as our similarities.  I can't imagine my life any other way. 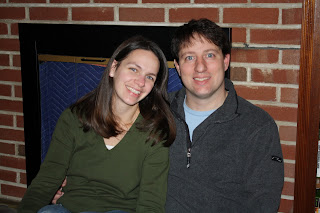 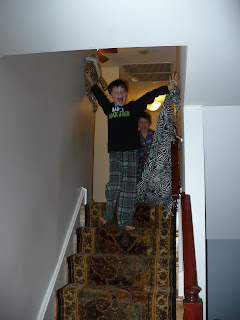 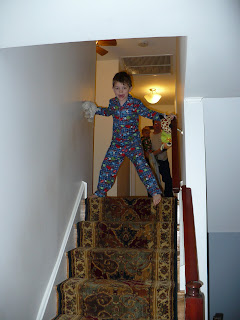 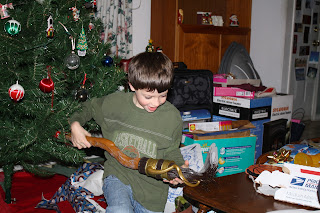 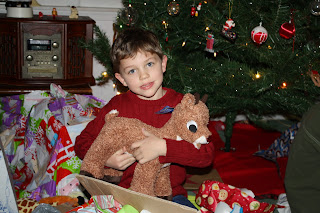 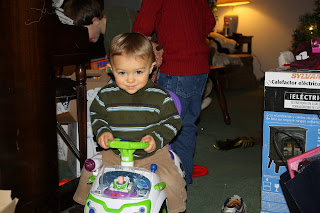 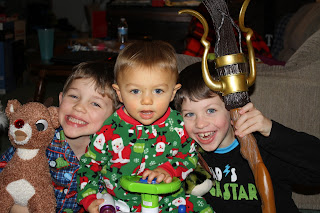 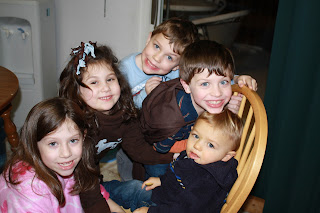 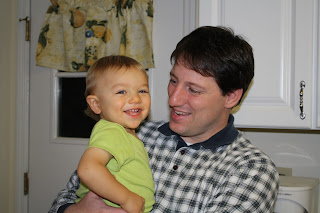 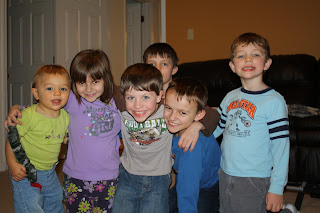 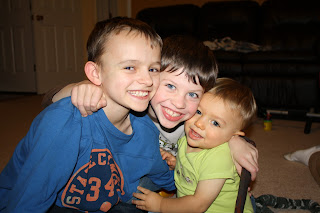 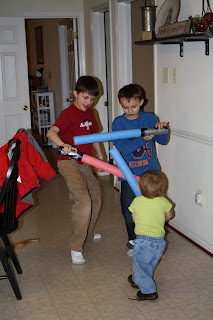 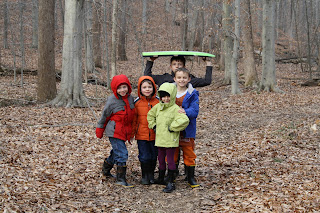 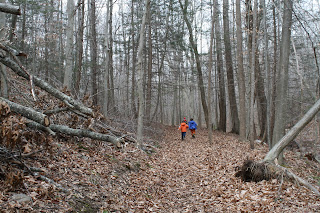 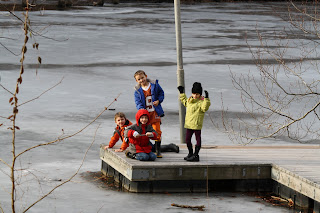 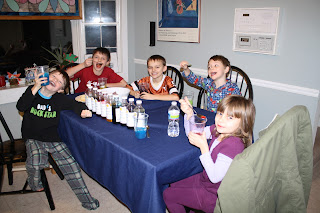 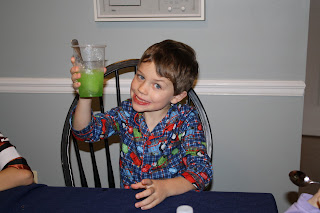 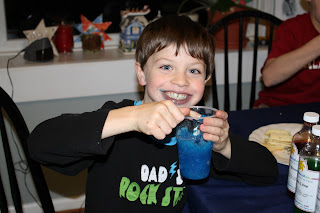 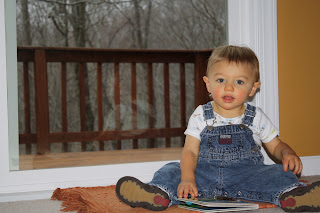